STUNNER brings arcade action to your Nintendo Game Boy! Jet through ten levels of twisting pipe. Raise spoilers to cling to the inside curve. Draft past hair-trigger bombs and slam against rock-solid repulsors for the boost to go all the way over the top. It's 360 degrees of non-stop high-speed 3D!

For use with any Game Boy emulator. Tested in mGBA.

Very cool entry.  When exactly was this made?  I'd love to know how the effect was done.

It's mostly an old demoscene effect, with tables for polar angle and distance. If you'd like to see the effect done much better, but without gameplay, the very direct inspiration was in "Gejmbåj." This was made in about five weeks before the deadline, and finished in complete panic on the final day. A lot of time in the middle was spent trying to distort a curve, with bizarre results, eventually leading to this simplified approach.

And about a week later my brain goes, "you know you could have just rotated a static image with affine sampling." If you'd like to see that effect pulled off gorgeously, check out the C64 demo "Mathematica." Execution is everything.

Oh dang, this looks super cool. It feels hectic and hard to control, but it’s just enough control that it feels smooth and like it’s really pushing what a regular GB can handle. Nicely done. 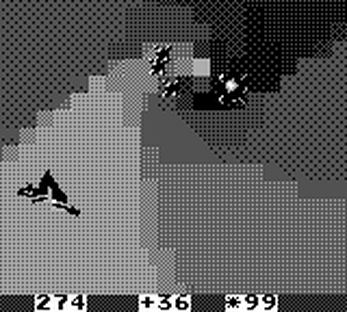 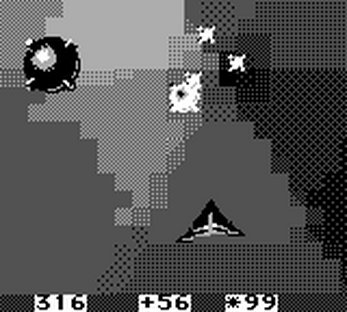 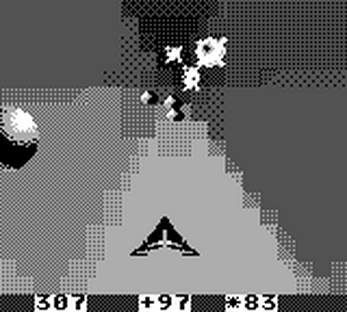